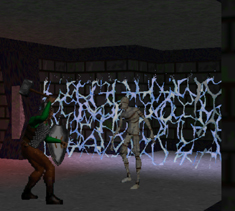 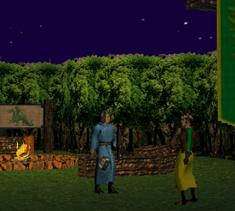 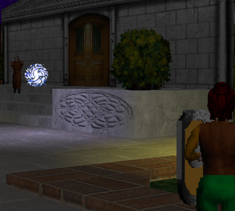 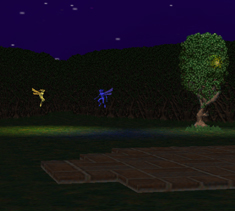 Meridian59™ is not only the classic online role-playing game par excellence, but also the first MMORPG ever released in German! In 1996, the starting signal was fired for what the press likes to call the "beginning of a new online RPG era": The first MMORPG in 3D graphics, which has since undergone several changes and where continuous enhancements made for more fun and will take care of it again today!

The press has also reported on the comeback Meridians. Including the portals of gamestar.de, 4players.de or buffed.de. Also worth seeing is the Let's Play "20 Stunden Meridian" by Sothis Spielwelt.


Since September 2012, Meridian59 is available as an open source: and we are working with our partner server (http://www.meridiannext.com) from the US to significantly further develop the game.

In this project, we have not only brought this popular game back to life, but with a new 3D-Client the graphics and control adapted to the modern requirements.
In addition to the improved graphics Meridian59 was also simplified and added many additional new game-facilitating features, new monsters and spells. Thus, it is not only exciting for new players, but also the old veterans will find one or the other surprise. Let yourself be inspired!

A small excerpt about the many innovations:

• New 3D client with modern MMO control.
• All known bugs, cheating or cheating features have been removed.
• New Survival Arena with over 100 levels, solo or as public variant.
• Training points that can be exchanged for improvements in weapon or spell abilities.
• New system for collecting experience points.
• New monsters, Items and spells.
• Weather effects such as rain or snow.
• Event systems that can automate Frenzys and other great events.
• and much more!


In order to make the building of the characters not as time-consuming as in earlier times, we have integrated a sophisticated gameplay:

We have the XP and HP
increased.

Make groups with friends
and you get XP faster.

The Spawnrates and Loot
were raised.

Character stats can be
adjusted at any time.

No more manual loot
of items at PvE.

Regular players will be rewarded
with TP's when logging in.

Visit our WIKI to get more informations about the gameplay.

Never miss any news or events about Meridian59 Germany.

You've got problems to start Meridian59? Start the Discord Support-Chat.

Right now there are 4 characters on Server 112.

Start your adventurous journey through the world of the 59. Meridian!

Of course, Meridian59™ is and stays 100% free of charge. There are no "in-game purchases" or similar.

Please fill out the form below to create an account with four character slots.